The two preceding sections of this website - called Old Times and Recent Times - gave an outline of the history of the Country Park. From here onwards, the sections give a detailed chronological record of the key events in the story from the 15th century onwards. This section takes the story up to 1700.

1403 - For many centuries there was often the fear of a foreign invasion across the sea waters surrounding Britain, so watches were mounted along the coast, especially in the south. One of the first ‘coast defence’ laws was passed in 1403, when Henry IV acted to secure England against an attack by ordering that such watches should be kept “as they were wont to be in times past”, probably from at least the early 13th century. A network of fire beacons along the coast, with links inland, was the main method for signalling the presence of enemy ships until the end of the 18th century. Each beacon also mobilised militia forces in its surrounding area, mustering bands of local people to fight off invaders. The system became highly organised during the 16th century, particularly when the Spanish Armada was expected in 1588. A 1585 map by William Lambard shows that Fairlight was an important link in England’s defence. 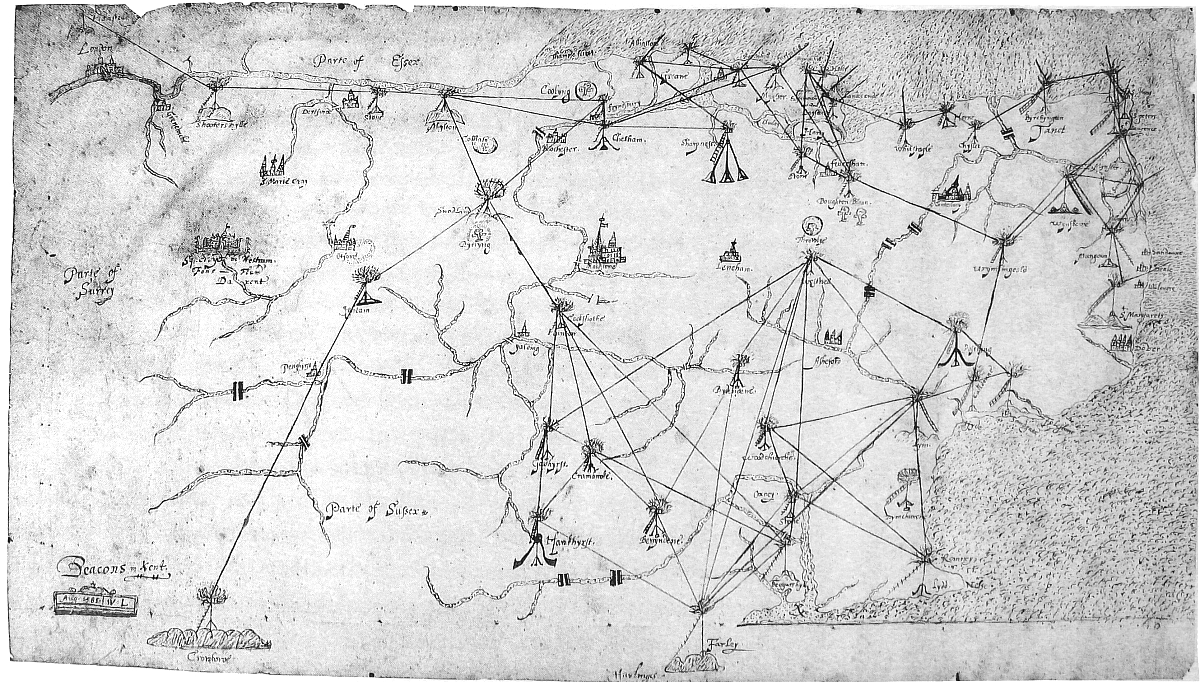 The 1585 beacons. Fairlight is here, at the bottom.

Fairlight always played a prominent role in this form of communications networks, being the highest land between Beachy Head in the west and Hythe in the east. There is no record of the precise site of the beacons, but it would have been somewhere on top of Fairlight Down, or possibly on the former high point about 200 yards south-west of Fairlight Church which was mostly quarried away during the Second World War. The church, built 1180, could also have been used, as its tower was visible all around for many miles. Watches would probably have been kept where Fairlight Coastguard Station is today, and on the East Hill.

1539-44 - In fear of an invasion by France, Camber Castle was built on a shingle spit to provide artillery protection for shipping entering Rye and Winchelsea. Some of the building stone was taken from quarries at Hastings and Fairlight (but the locations of these are unknown).

Mid-16th Century - Fairlight Place may have been built at about this time (or up to a century later). It is generally considered to be the most significant historic building in the Reserve. It is built of stone, presumably local, and is two-storied and gabled, with a tiled roof and a prominent central entrance porch on its southern side. At its rear are two wings, one built c1780, the other c1800. There is a rear brick annexe dating from about 1850. It had several owners before being bought in 1733 by the wealthy Sir Thomas Webster, the then-recent purchaser of the Battle Abbey estate and much other land in the eastern Weald. His descendant Sir Godfrey Webster (1789-1836) sold Fairlght Place to Edward Milward Jnr in 1811-12, plus Fairlight Down and much of the Priory Valley. 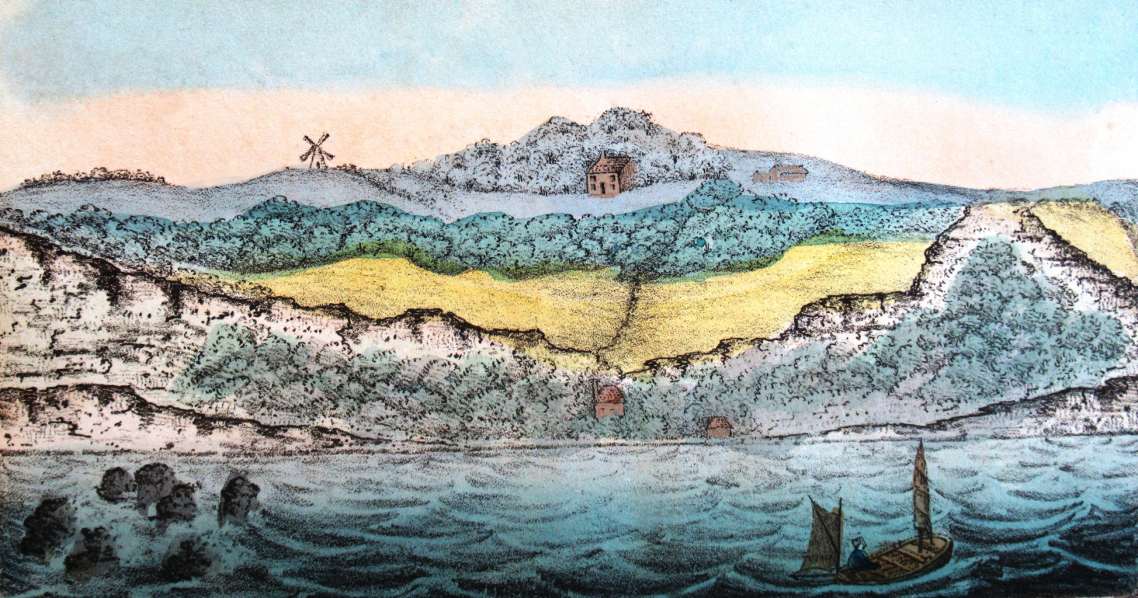 An artist's view from the sea of Fairlight Place and the glen, around 1823. The windmill is on Fairlight Down.

1596 - It is believed that this was when the still-existing Fishponds Farmhouse in Barley Lane was built.

1659 - A document in the Milward family collection refers to 'Ffarleigh' (Fairlight) and 'a tenement and 22 acres of land called Goldboroughs, alias Gobers'. This is what is now usually called Covehurst, by the sea at the bottom of Fairlight Glen. A 1663 document calles it 'Govers', and another of 1763 refers to 'Gophers'. A 1765 document says it occupied 30 acres, with a tenement, a barn, buildings and gardens.

1663 - The Minnis Rock (below the north end of High Wickham) appears in a sketch, the earliest indication of the existence of the three caves there. They have been lived in, on and off, ever since. The name comes from the Middle English word ‘menesse’ meaning common land. Both the East and West Hills were regarded as being common land. 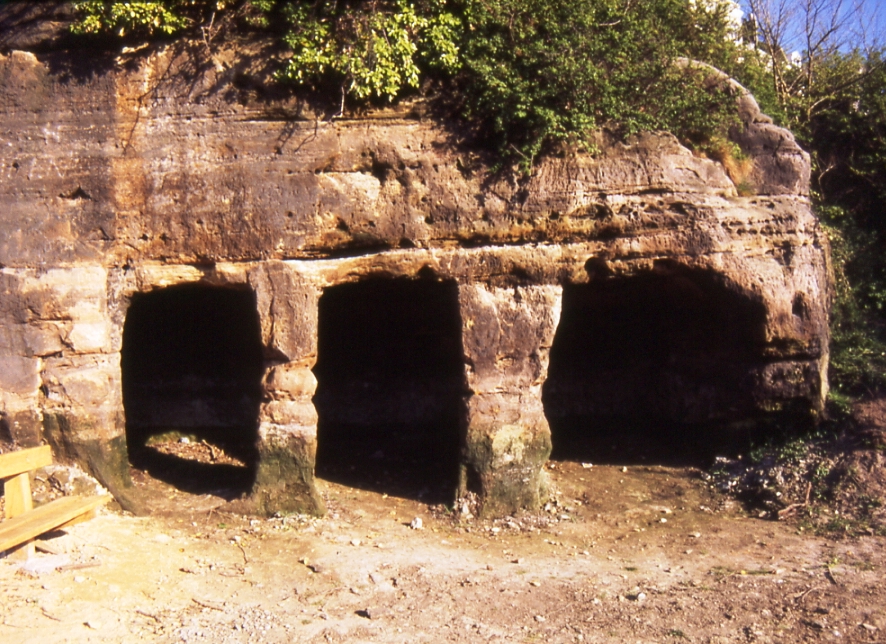 The Rock and the caves in 1990, following restoration.